A sleeping baby — ah, so peaceful, gentle, and soulful. Parents all around the world wish for those quiet moments when their baby falls asleep – no fuss, no fight, no incessant crying. 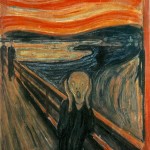 Really, I doubt there is any parent in this world who had not had a bad night of a non-sleeping, unruly, fussy baby. We should think of these nights as a rite of passage into parenthood. It is undoubtebly some of the toughest experiences I have ever experienced in my life. It definitely ranks alongside the stress of going through those sleepless nights as a resident physician taking care of sick, after sick people all night long.

Thankfully, sick people usually have an illness that can be tended and healed. A crying, fussy baby? Not all the time is there a 100% solution. After searching tirelessly for a cause for her screams of frustration with no end in sight, you finally give into the fact that — perhaps she’s just being fussy and that’s that.

There are many reasons for a baby’s cries: 1) over-tiredness, 2) pain of hunger, 3) an uncomfortable dirty diaper 4) a hair tourniquet on an unsuspecting baby toe, 5) needs a quick burp, 6) lonely, 7) bored, or 8 ) just needs to vent, among many other countless causes. When my daughter was young, I just tried my best to comfort and soothe her during these rough moments, especially when there was no solution – as everything I could think of was offered, changed, or checked over. Sometimes, loneliness sets in, and there’s nothing more you can do except hold her while she cries.

I’ve read numerous books around her second week of life to see what solutions there were for this fussy night-time habit. Experience shows that babies just tend to do this fussy night-time crying from 2 weeks, peaking around 6 weeks, and tapering off by 3 months. Of course, all babies have their own variation of this, but this served as a general guideline for me. I followed the advice of working her into a scheduled but flexible feeding routine, a start-of-day time and then a set night routine that starts at around the same time. Eventually, a schedule started emerging, and we just followed along with it. Soon, she only woke up once during the night for a feed, and to our greatest relief, around 7-8 weeks, she finally slept through the night.

Now, this isn’t the end of the story. There are times she would still wake up in the middle of the night. I’ve noticed during growth spurt times, sometimes after vaccinations, during teething (although you don’t discover this until later when the pearly white all of a sudden pops into view), and when she’s not feeling well. Typically, she plops back into routine on her own.

There are, however, times recently during her 7-9 month old stage where she started waking up during the night for no apparent cause other than feeling lonely or bored. These are the times when she’s fine when you’re holding her, refuses bottles offered, and have just had a nice diaper change, and has nothing else wrong with her, but screams the moment you put her down in the crib. Ah, well what to do now? There are two extreme theories to the resolution of this problem: 1) you comfort her until she falls to sleep… typically in your arms for 30 minutes or more so it’s a really deep sleep, then when you put her in her crib, finally, you can tip-toe away without a major issue or 2) you leave her in her crib to cry-it-out and learn to fall asleep on her own.

You may find me a little heartless, but I tend to lean towards #2. There are a group of people who will completely disagree with me – and that’s fine – do what you like with your own child, and if you like attachment parenting and have the patience for it, great. But as a full-time working mom, I can’t have a super-attached child. Is she going to turn into some heartless soul who leads a life of crime in the future because I let her cry a bit when it’s night-time? I doubt it, and I will argue this point to the ground if anyone wants to debate with me.

This is my theory: an 8-9 month old baby is old enough to understand you pretty well. Her brain has developed to the point that she can follow your commands. When I ask my daughter to come to me, she does. She can feed the dog her puffs. She has so many ways of communicating without words at this time. Sure, it is still pretty immature, but she knows what she wants and she knows what she needs, and she knows the typical routine at this time. 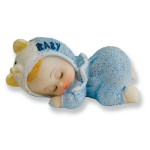 Now, I’m not so heartless that I just plop my baby in the crib every night and shimmy away. I actually give her a bath, massage lotion onto her, brush her teeth, put her in her pajamas, give her her bottle, and gently sit there with her for about 15-30 minutes with her while rocking and singing her to sleep. It is those moments that when she is drowsy or lightly asleep that I put her in her crib. She’s usually fine with this, but there are some nights she would fight tooth and nail. It is those nights that after one more rocking and singing session, I gently tell her goodnight and close the door to let her fall to sleep on her own. She’d typically fuss and cry out for about 3 minutes and we’re good to go for the night.

When she wakes up in the middle of the night, my heart often tells me there is a good reason, so I go check on her, especially if she’s wailing in an extremely needy fashion. Usually, it’s a full diaper ready to burst. Rarely, she’s just hungry and going through a growth spurt. Once in a few blue moons, she will scream because she’s just plain bored. It’s fine if she does, I still check on her if the wails are intense, but I wouldn’t if she just cries out once in her sleep and that’s it. Again, as with all parenting models: use your best judgement and your parental instinct for these moments.

Despite all that we do and all that we try, there will still be those sleepless nights once in a while, but if my husband and I can remain consistent with our parenting, I’m hoping she will learn to be a good sleeper for life. 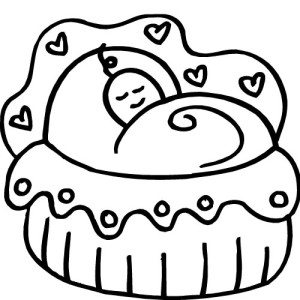